Peter (Our guide and co-owner of Kap River Outfitter) got us up and we had breakfast and got dressed. He gave us the run down of how things were going to go as well as covered the local hunting laws. Some of the laws we had to adjust to were keeping our rifles in our rifle bag until we were placed at our hunting positions/blind/tree stand. We were also not allowed to have ammunition anywhere in or loaded in the rifles until placed. Which we understood for safety reasons but also concerned we may miss an opportunity, but the law is the law and we did not want to have any problems or accidents. So we left and started our day.

We followed Peter around to his bait sites in my truck. We got placed a couple times. On the last stop of the day, George and I were placed along the road. Peter told us to have one person look one way and the other person look the other way. A few times we both heard whimpering/crying from a wolf near by but was probably within 30-45 yards. We could not see it though through all the trees. After about two hours of waiting Peter called it a day. Nothing ever came out and no other signs were found while the trackers were trying to flush something out. It was actually a nice day weather wise. We had a high of 36 degrees. No wind or bad weather.

A wolf that a previous client let them keep. The story is the client shot it but didn’t care to keep it and did not realize how big it was tell he returned the next time. This wolf was on the stairs leading to the kitchen and living area for Peter and his wife. This was one of the first things you see when you first walk in. It kinda freaks you out at first because we thought it was a real dog at first tell we realized it was not moving once we were in the house. 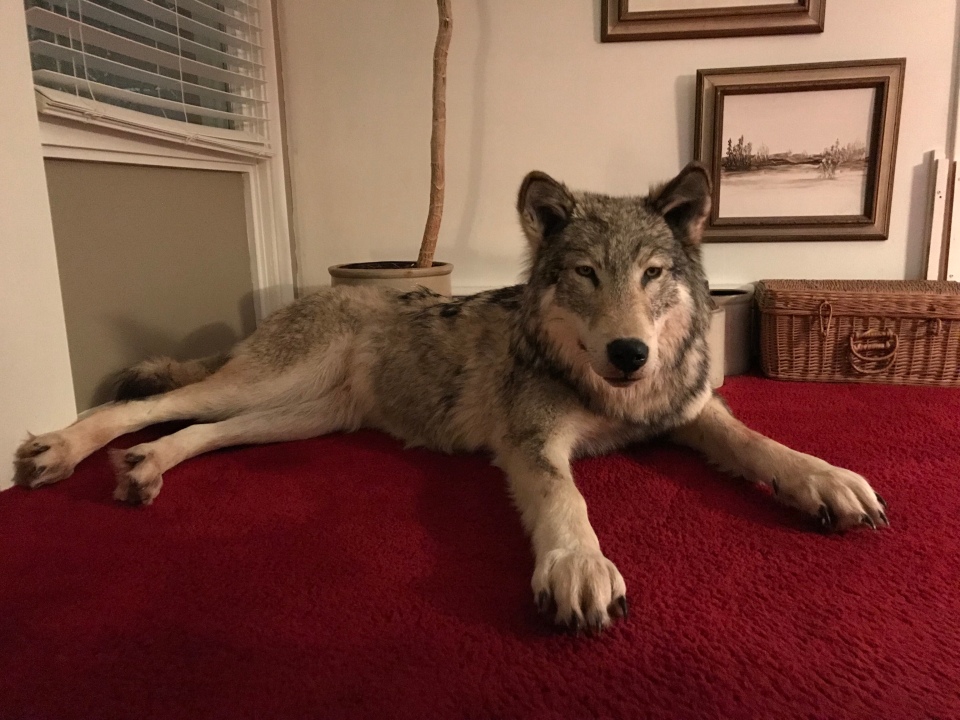 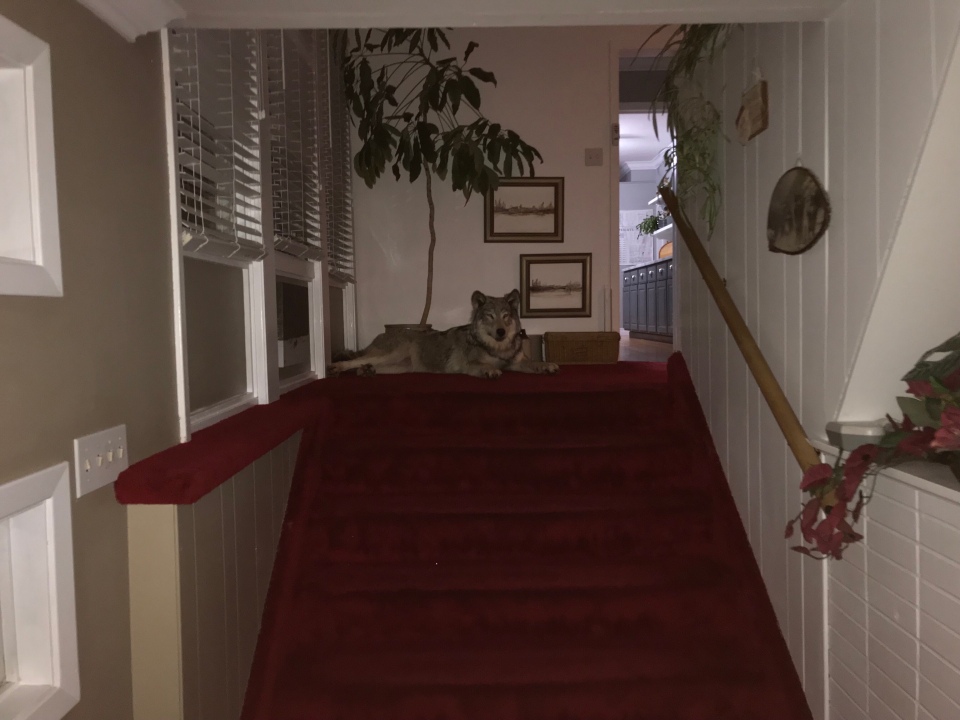 Another wolf they had in the basement. The basement is where we stayed. 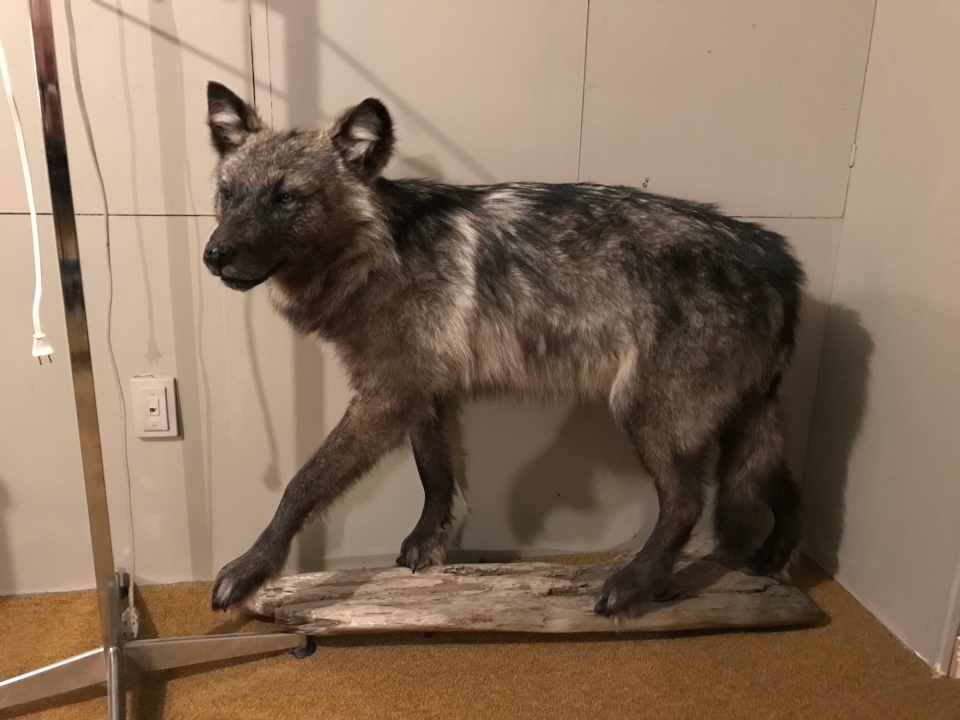 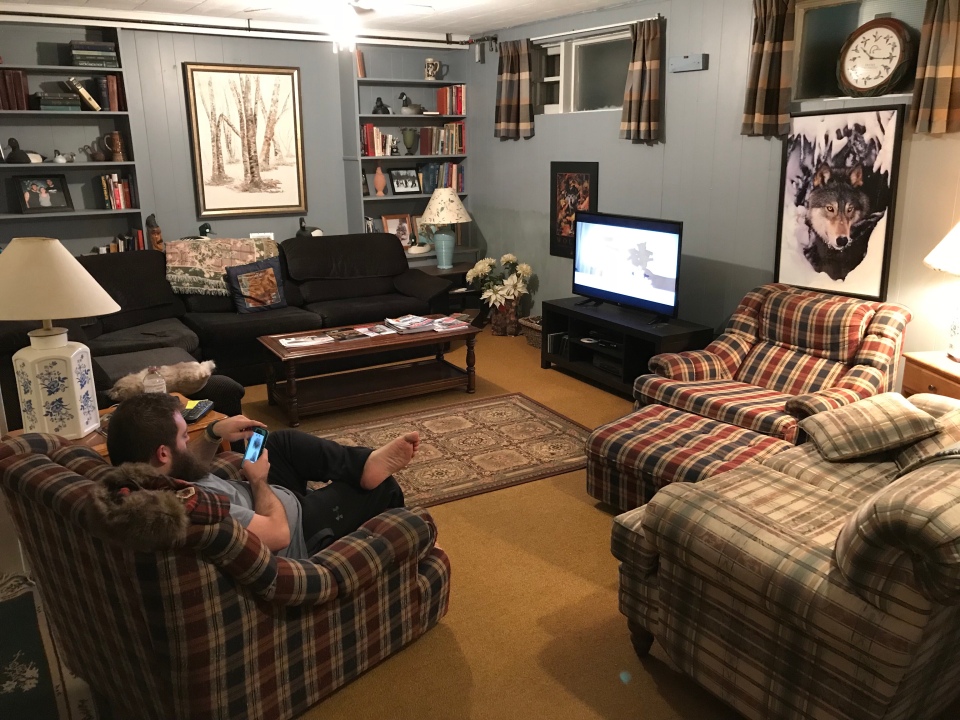 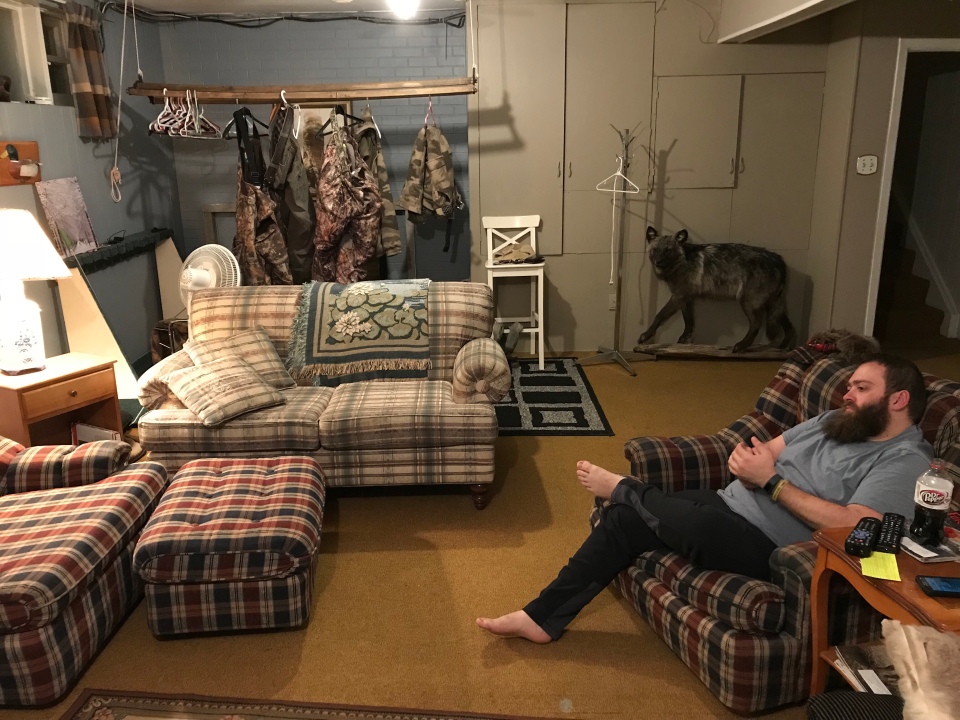