Last Days of World Fest?! What?!

This is the view from our hotel balcony. This time we stayed in the Tree House Condos. It was very close to Silver Dollar City. Staying in Indian Point is a good way to avoid traffic going into Silver Dollar City. Most places you stay in that area are going to have a nice view of some wooded areas or the lake.  It is a good way to relax.  There are to many places to possibly mention but check out old posts for other recomendations. 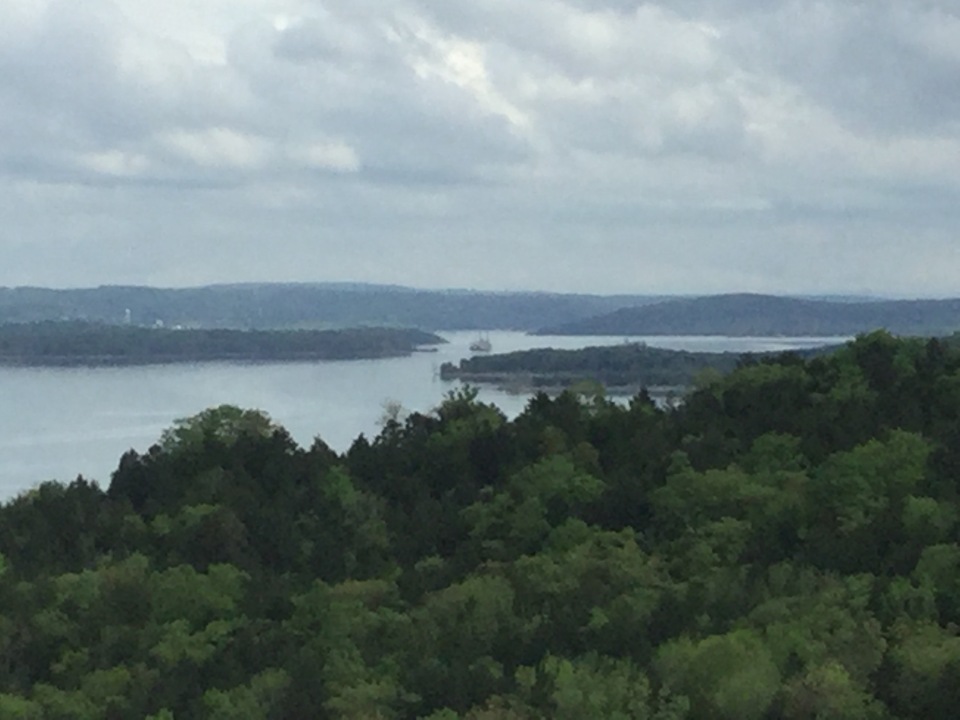 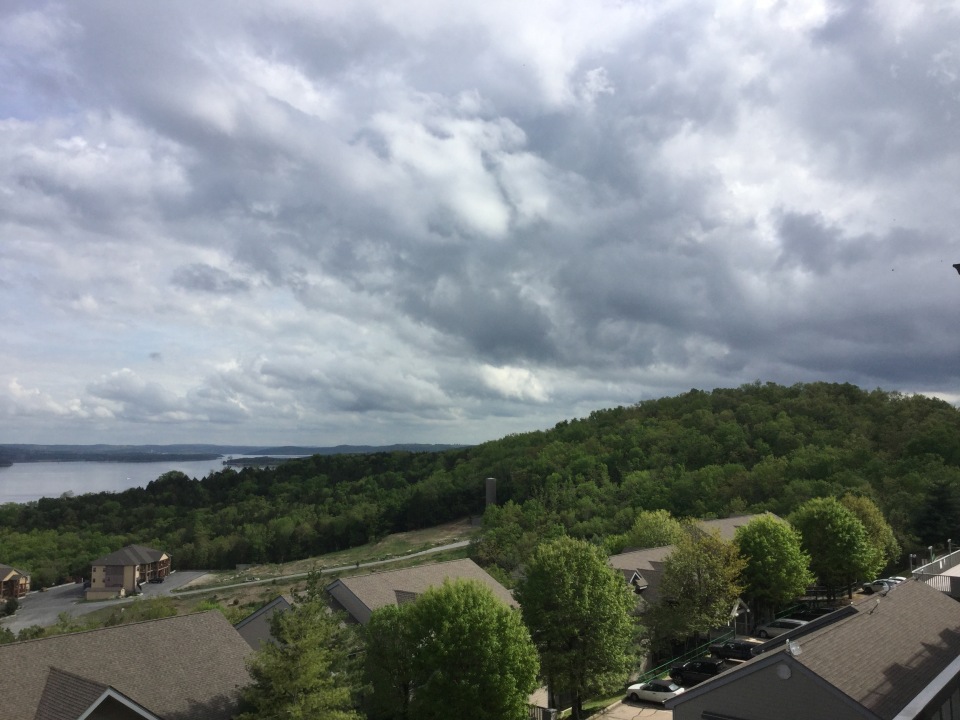 A view of the lake at night from our patio.

This trip to Branson we actually did some stuff we did not usually do on our trips.  We went to some distillers. Usually we go to winery’s but when you go to the same three multiple times you want something different. Usually. The first one we visited was Coppers Run.  It is a very nice place and off the highway a little.  Apparently, since it was the slow season they had reduced hours.  We went on a day they were closed but the owner, who happens to live fifty yards from the distillery, walked down and opened up just for us to sample.  Since his computers were “down”, he sold us some bottles as long as we had exact change and did not charge sales tax since everything was “down”.  It’s worth the visit.  They have mixed drinks using their alcohol. They even have music on occasions.

The other distillery we visited was at the The Landing.  It was called Missouri Mountain Moonshine. The distillery opened in the summer of 2015. So they are still new.  They serve BBQ on one side of building and have the moonshine and other product like shirts, glasses and jams.  Their moonshine is very good. It is a smaller proof than most but have a variety of flavors.  Sweat tea, ciniman, apple pie, mixed berry and peach to name a few.  The bbq was very good.  The menu is small but very good.  That’s saying a lot coming from a Kansas City resident.  If you live in a major bbq area like Kansas City, Texas or Memphis it can be hard to find good BBQ where you travel even from chain restaurants.  Not to mention any names of such sub par BBQ, Cough! Cough! Famous Daves! Cough! But I digress. 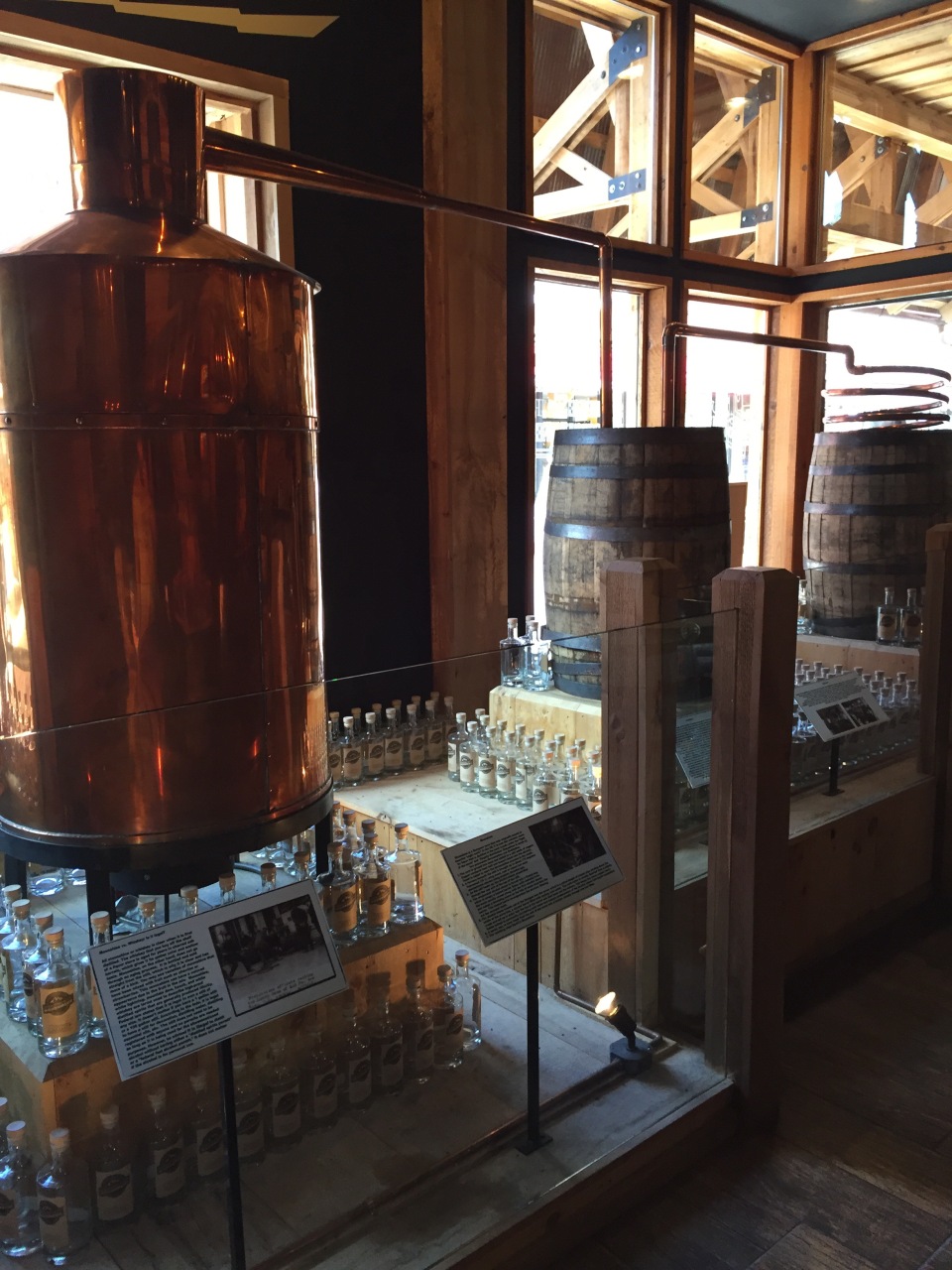 Silver Dollar City was decided to end the World Fest festival after 16 years.  Granite some acts have been there for all 16 years and others are rotated in over the years.  There are many to satisfy a variety of interests. One of my favorites is Dearbhail Finnegan. It is nice having a variety of shows to choose from but many of them are repeat acts.  Many of the the performers actually perform three or four times a day and have different acts for each time slot.  That is extra motivation to go multiple days and view them at different times.  One nice thing is Silver Dollar City has a barn that they use for different venues and during this festival they use it as a food vendor.  They serve different foods from around the world.  Some of them are pretty stereo typical like fish and chips, tacos and pizza but many of them are good but a little pricy like $7-8 for two tacos.  But that is normal for Cough! Cough! Steal Your Dollar City. But as I mentioned in the title, this is the last year for the festival.  Which, it is nice to see music acts but for some one like me I was ready for a new thing.  Maybe it was because my wife and I and the Inlaws go three or times in a year every other year so maybe I was ready to see something new. They are releasing the name and function of the new festival that is suppose to replace World Fest to the season pass holders in the fall. About a week or two the staff at the park are suppose to find out.  Hmmm! Seems a little backwards! Shouldn’t the staff know before customers so they can answer questions?! 😏

Pictures of World fest Past: 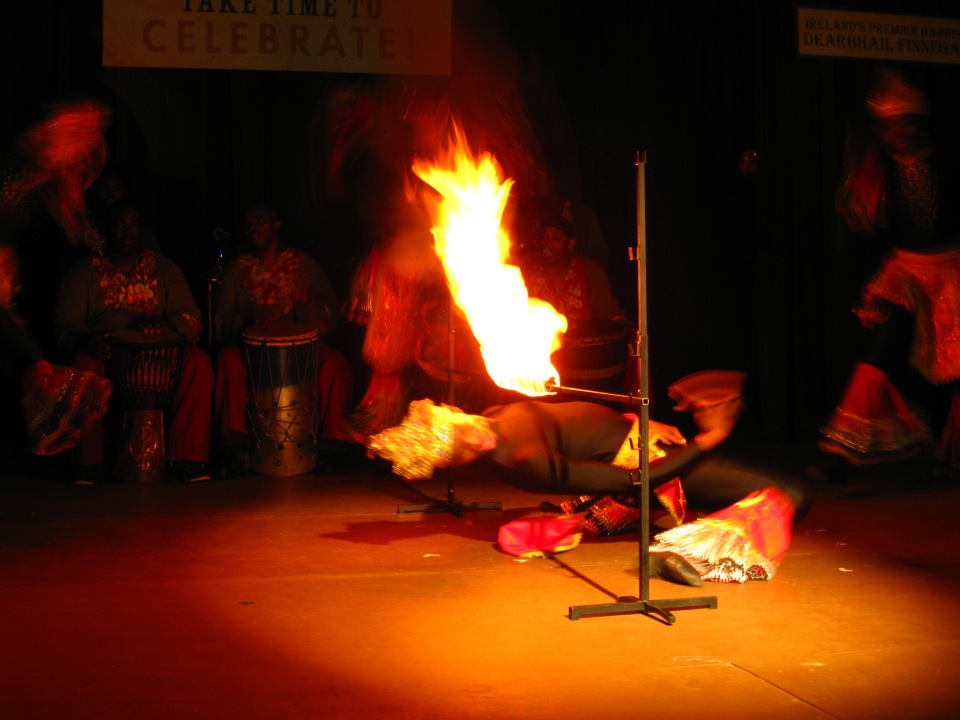 One new addition to the festival was the addition of Ancestry.com to the park. Granite, most of what they were doing was showing off their fancy website.  They had a few representatives their to help you navigate the website.  They were also there to help sell memberships.  I had a nice chat with them about our trees. They were surprised how much work and effort I had put into mine.  But, when it comes to family trees and history it is not a competition.  All in good fun! I wish they would have been there several years ago to get me started.

By the way if you would like help with your family tree just leave a comment on this post and I can get in touch with you!